Valentine’s Day is upon us, which means love is in the air! To celebrate the holiday (with your significant other, your friends, family, or yourself) we present to you a round-up of our favorite “How We Met” stories from past Over the Moon weddings. You would think that with the dating app age in full swing, “meet cutes” would be history, but you’re wrong, as there are plenty of tales of love-at-first-swipe. There are also those who still find romance at the bar or on the dance floor, so remember to say “yes” to the next night out. Also, never underestimate going to a wedding single, you never know who you might run into. Below, the many adorable ways these 14 Over The Moon couples met. During her senior study abroad year in Paris, Samara Senoville joined a friend for dinner at her future husband Martin Senoville’s restaurant. To say that she caught his attention is perhaps an understatement. “He kept sending me glasses of champagne all night,” she recalls. “After the restaurant closed for the evening, we stayed behind just the two of us for some late night foie gras. It was the perfect “first date,” even though I spoke very little French and he spoke no English!” —Samara and Martin Senoville On New Year’s Eve, financier Taro was supposed to meet up with a Tinder date at a club in Manila. As fate would have it, his date was late, and instead he started chatting up with PR exec Janthina. While there were definite sparks flying between the two of them, they later lost each other and didn’t get a chance to exchange information. Luckily, another failed Tinder date a few weeks later would bring them together again. “He matched with a friend but she got sick the day before they were meant to meet,” Janthina recalls. “She asked if I wanted her to “pass him on” to me and attached his photo to the message. Surprise—it was the guy from New Year’s Eve with the tardy Tinder date!” Talk about meant to be. —Janthina and Taro Andy and Jack met through a chance encounter at a dueling piano bar in Mobile, Alabama. “Andy was leaving while Jack was walking in, and they did a double-take as they passed each other. Jack and his friend ended up leaving the bar shortly, and Andy, again, caught his eye from across the street. That was enough for Jack. He sent his friend home in a taxi and introduced himself to Andy in the next bar.” —Andrew Brent Freeman and John “Jack” Haywood McCown Amber and Joel met during their college years at Michigan State University through a mutual friend who actually ended up officiating their wedding. “The short version is Joel had sideburns and looked like he was in That ’70s Show; I was wearing no pants and holding a fake snake pretending to be Britney Spears,” Amber says. —Amber Bembnister and Joel Janik Zuzanna and Ludi met at a pool party in Southampton. Her Jack Russell Terrier jumped into the pool, where he was the only one swimming. “We didn’t date for five years, after we met, but to me, it was love at first sight,” Zuzanna says. —Zuzanna Buchwald and Count Graff Karl Ludwig Constantin Georg Julio Maria von Salm Hoogstraeten Lindsay, an equity trader, and Adam, an investment banker, met at five years old on their first day at The Dalton School in Manhattan. “It wasn’t love at first sight,” laughs Lindsay. “We were always friends (despite a humorous height difference of nearly a foot that stuck around for most of middle school), but the relationship didn’t become romantic until fall of our freshman year in high school when we joined the winter track team.” —Lindsay Levine and Adam Savaglio Their grandfathers became friends while stationed abroad in the U.S. Navy, and their friendship lasted for decades—so when Michael applied to attend the Naval Academy in Annapolis, Allison’s grandparent’s were more than happy to sponsor him. “The grandparents like to take credit for us being together,” explains Allison. “But we really didn’t connect until after he left Annapolis to go to flight school in Pensacola, Florida.” —Allison Burch and Michael Thomas Harrigan “We both lived a few blocks away from each other in London at the time,” Zuzanna, a model agent, explains of how she met her future husband, an investment banker who goes by Bobby.” “But we didn’t really connect until a mutual friend’s wedding celebration in Cape Town, where we sat next to each other.” —Zuzanna and Robert Campbell “We actually met on the Pont des Arts—the bridge in Paris that tourists attach padlocks with their names written on them to—in 2010,”remembers Marlie. “A mutual friend of ours had organized a picnic there, and we ended up sitting next to each other. There was an immediate connection. Unfortunately, I was finishing my Master’s program in a month and had planned to move back to the U.S., so we became very close very fast and then had to do over three years of long distance before finally moving to Cameroon together.” —Marlie and Kevin Gabriella Nassif, founder of fashion and lifestyle PR agency MGC London, and hedge fund analyst Sachal Majeed grew up in the same apartment complex in London during their entire lives, but never actually managed to cross paths. It wasn’t until they finally met at a mutual friend’s party, when the two hit it off and Sachal offered to drop her off in a taxi. When Gabriella gave her address, Sachal mistakenly thought she was planning on going home with him. “We were sitting in the back of the cab and he had a cheeky grin on his face,” she says. “We still can’t quite believe that we have spent our whole lives growing up just a few floors away from each other. My mum used to always tell me that the things you want are always right under your nose—little did I know she was being so literal!” —Gabriella Nassif and Sachal Majeed After initially meeting each other through a mutual friend during a trip to El Salvador, the two ended up becoming roommates in New York City for six months—he was waiting for a roommate to move to the city; she for her new apartment to be ready. The roomies really hit it off though, and during a weekend in Nantucket, right before Emily was scheduled to move out, they finally kissed. —Emily Driscoll and Garret Overlock You could say it was foreshadowing when Allegra Pitt, an interior designer and real estate agent in San Antonio, caught the bouquet at the wedding where she first met her future husband, Hunter Hawkins, a commercial insurance broker. “It was a small three-day wedding weekend, which made it so fun and special. We met the first night at the welcome party,” Allegra remembers. “I was living in New York and he was living in San Antonio at the time and we already had our next date lined up one month later at another wedding in the Texas Hill Country.” —Allegra Pitt and Hunter Hawkins One Saturday night many years ago, childhood educator Matthew Lawrence had a choice: He could either spend the night home alone and angry that his plans were canceled at the last minute, or he could make an effort to turn it around and try something different, which in his case meant going on OkCupid. “I remember being so opposed to online dating and wanting the sort of serendipitous fairytale story behind meeting my future husband,” he explains. But the risk paid off and that night he met up with Lance Westendarp, a naturopathic physician, acupuncturist, and Chinese herbalist, who would eventually become his lifelong partner. “He told me he had called a friend of his before we went out and told her to send out a search party if he didn’t contact her later that night,” Lance says with a laugh. “Luckily no kidnapping occurred!” —Matthew Lawrence and Lance Westendarp Lawyers Alicia Jovais and Andrew Muir’s meet-cute sounds like it could be straight out of a sexy legal drama like Suits. Back when they were both working as case assistants at the same law firm in San Francisco, Alicia shared an office with a friend of Andrew’s. One day, he stopped by to visit and asked Alicia to lunch as soon as he got back to his desk. After several lunch dates—in typical attorney fashion, the number is a point of contention: “a few” according to him, “more than five,” according to her—Andrew finally asked Alicia to dinner, and that’s when things got serious. —Alicia Jovais and Andrew Muir 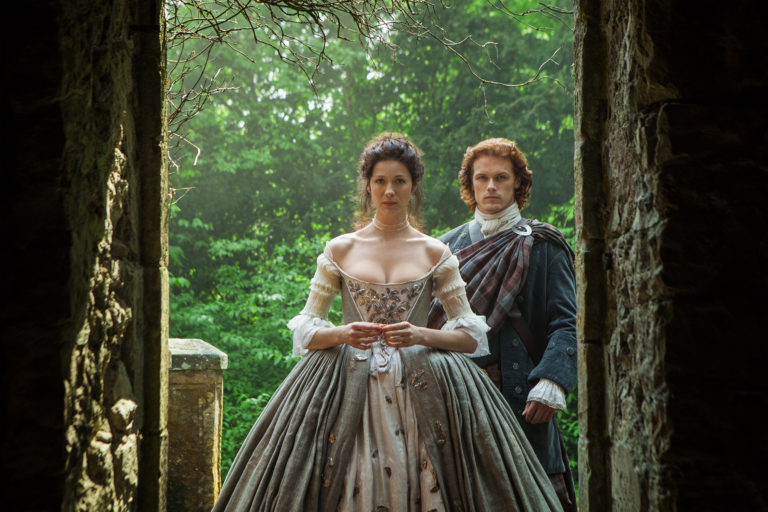 The Buzz On How to Personalize Your Wedding, According to Planner Extraordinaire Augusta Cole