Nicole Shirley, an assistant vice president of marketing at L’Oréal, postponed her July wedding in Seychelles due to the spread of COVID-19. Here, she’s sharing how she and her fiancé, David Overton, made the final call and decided to have a pre-wedding photoshoot in East Hampton.

Around late March, the two made the decision to postpone their nuptials, when it became clear the world was facing a serious pandemic. And with how unpredictable everything still is, they have not rescheduled just yet—but hopefully soon!

As their original July date approached, Nicole still wanted something to celebrate, so the couple planned on an original, pre-wedding photo shoot. “The process of taking, sharing, and storing photos is so easy and effortless now that I think we sometimes take for granted how special it is to be able to freeze a moment in time and save it for generations to come,” the bride-to-be shares. “While I knew we’d eventually have our wedding photos, I decided that I also wanted a shoot that would capture us in our true essence.”

The production of the shoot was quite stressful for the self-proclaimed perfectionist bride but full of pulled inspiration. Since Nicole and David love boating, they set their sights on shooting at sea and drew ideas from Capri, the Cindy Crawford and Richard Gere editorial in Vogue‘s November 1992 issue, and Slim Aarons. And to capture it all, they hired Gina and Sheena of Anée Atelier. Nicole was confident they could manifest her vision and was reassured that “they could properly retouch brown skin.”

On September 26th, the bride-to-be started the day in a Balmain bikini with a Fendi silk scarf to tie over her hair. The second swim look was by Juan de Dios, and her cozy chic look was purchased from Aritzia and paired with a Club Monaco straw hat. For her last and more formal ensemble, Nicole chose the Babaton Hamptons dress, which is the short-sleeve version of the Babaton Maxwell dress worn by Meghan Markle. And throughout the day, Tanaya retouched her makeup, while Gabrielle Corney styled Nicole’s hair. David looked handsome in a white tank by Rhone, J.Crew polo, Banana Republic sweater, and Polo Ralph Lauren swim trunks and khaki shorts.

It was a warm, sunny day out on the water, and everyone got along right away. After capturing gorgeous imagery all day, they shared a celebratory toast.

The images came out better than Nicole had hoped. “This project was so meaningful to me, and I didn’t want to take shortcuts or compromise,” she says. “And I am so proud of the end result.” 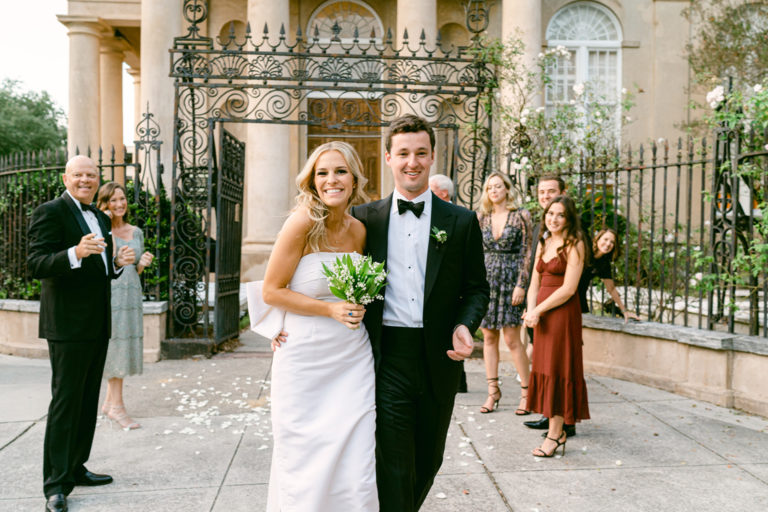 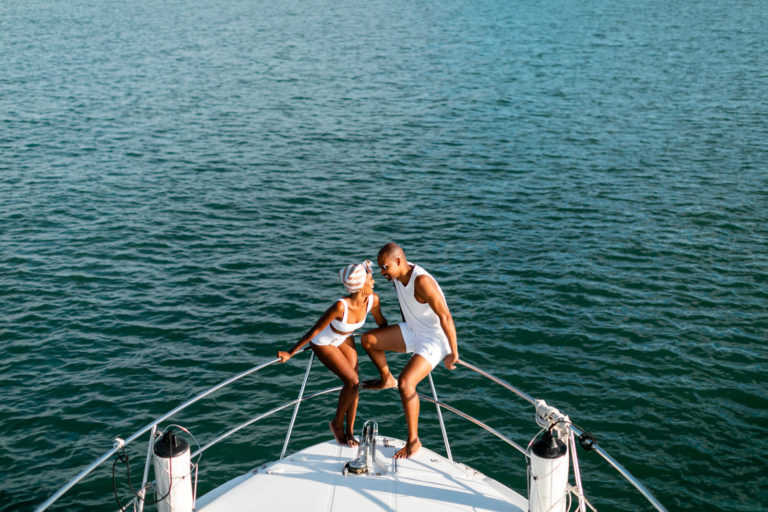