Do you ever wonder who plans the types of weddings that you continuously find yourself stalking on Instagram? The kind of celebrity affairs held by the likes of Serena Williams, or the nuptials featured on the web pages of Over The Moon and Vogue.com? Well, you’re in luck since we’ve compiled a list of some our very favorite wedding planners. These men and women go above and beyond the call of duty to put together absolutely gorgeous ceremonies and receptions. And as their frequent coverage shows, their efforts tend to pay off. So below, our own master list, of the eighteen best wedding planners working throughout the U.S. today.

Bronson van Wyck
The first wedding that Bronson van Wyck ever planned was the Maine nupitals of Marina Rust. The rest, they say, is wedding planner history. Today, thanks to his excellent sense of style, van Wyck is widely considered to be one of the very best in the industry.

Bryan Rafanelli
When former First Lady Michelle Obama was in the White House, she trusted Rafanelli time and time again to plan events. Need we say any more? If Michelle Obama trusts him, than chances are, you should too when it comes to your big day.

Colin Cowie
Colin Cowie is part of an elite set of wedding planners known for arranging celebrity nuptials, and yet she doesn’t exclusively focus on uber-expensive weddings. The Cowie team has produced events with budgets ranging from $25,000 to $25 million.

David Stark
Stark has been in the event planning business for over eighteen years. He’s meticulous with his work, and as his tablescapes show, his eye is not only detail-oriented, but innately visual.

Fallon Carter
Based in New York and Los Angeles, Fallon Carter also specializes in putting together gorgeous destination events. To help couples with their mini and virtual weddings during COVID-19, her company has also partnered with some of the best vendors to create The We Do! Collective, which makes planning those unique celebrations so easy. If you’re holding out for a bigger celebration next year, keep Carter bookmarked too.

Jennifer Zabinski
Jennifer Zabinski of JZ Events was the woman behind Serena Williams and Alexis Ohanian’s fairy-tale wedding extravaganza in New Orleans. From the choreographed first dance set to Beauty and the Beast’s “Tale As Old As Time” to the performance by New Edition to the desserts that descended from the ceiling at the epic after-party, the entire event was a perfectly executed—and Zabinski was the epitome of calm, cool, and collected. With a guest list that included Beyoncé and Kim Kardashian, I think we can all agree that’s no easy feat!

Marc Eliot
Marc Eliot’s weddings, which he organizes through his events company Swoop, are usually affairs to remember mainly because of the striking and all-encompassing flower arrangements that they usually include. But beyond aesthetic considerations, Eliot knows what makes for a good, or on the other hand, problematic party.

Marcy Blum
Marcy Blum has been in the wedding planning business for over thirty years, but that doesn’t mean you could easily recognize a typical Blum event. On the contrary, Blum prides herself on her chameleon-like ability to tailor each wedding to a different bride and groom’s needs.

Matthew Robbins
New York-based event planner Matthew Robbins creates beautiful weddings that feel effortless, and which feature a strong emphasis on design. Aside from planning events all over the country, Matthew Robbins also founded a sister company, Robbins Otoya, with his husband, Luis Otoya. Together they help plan destination weddings around the world, in places like Mexico, Europe, and this four-day extravaganza in Cartagena.

Preston Bailey
Preston Bailey is an ascendent star in the wedding industry. A veteran when it comes to creating beautiful ceremonies, Bailey recently worked to create decor and floral designs for Serena Williams’s New Orleans wedding.

Alison Laesser-Keck and Bryan Keck
A husband-wife team, these two wedding planners are based in Santa Barbara, California. They’ve planned weddings at personal homes, art galleries, and in front of murals by Diego Rivera. In other words, they’re about as versatile, and as artistically-inclined, as you can get.

Laurie Arons
Laurie Arons Special Events has been in business since 1994 and is based out of San Francisco, California. She counts Christy Turlington and Sofia Coppola as past clients. Wondering what her style looks like? Hint: it doesn’t involve naked cakes or twinkle lights.

Lisa Vorce
Lisa Vorce is a full service event planner, who specializes in destination weddings. She memorably planned Chrissy Teigen and John Legend’s Lake Como wedding, where the bride wore not one, but three, stunning gowns.

Mindy Weiss
With celebrity wedding planner Mindy Weiss, you know that you will be in good hands. For starters, she knows exactly what’s on, and off, trend—be it greenery, metallics, or desserts.

Rosemary Hattenbach
What is it about Napa Valley? Maybe it’s the fact that it feels like a little slice of Tuscany, located within the U.S. Maybe it’s that gorgeous Parent Trap home, immortalized by Nancy Meyers. Regardless, it’s difficult to argue that it doesn’t make for an ideal wedding setting. And luckily, Hattenbach’s business focuses on weddings in this vineyard-drenched area of California. Cheers then to that!

Stefanie Cove
With more than 15 years of experience, Cove and her team produces full-service events around the globe,  but they are based in Los Angeles. She specializes in small and large-scale events and also has a background in the 5-star hospitality industries, so your night is sure to go off without a hitch!

Virginia Edelson
Bluebird Productions, an event and wedding planning service founded by Virginia Edelson, is based in Aspen, Colorado. But if a snow-set wedding sounds like your cup of tea, look no further. Another reason to book Edelson? She, and her business, are committed to sustainability.

Yifat Oren
Yifat Oren is the founder of Oren Co., a luxury event firm based out of New York and Los Angeles. And while Oren has been known to plan weddings for the stars, she’s just as enthusiastic, if not more so, when it comes to planning ceremonies and receptions for other people.

Calder Clark
Based in Charleston, South Carolina, Calder Clark is a dominant wedding planner throughout the American South. But don’t think you can’t book Clark if your dream wedding is set somewhere else. In fact, the Clark team plans multiple destination weddings a year.

Easton Events
This award-winning wedding and social events company was founded in 1998 by Lynn Easton, and the team now, conveniently, has offices in Charlottesville and Charleston—they’re also very experienced in destination events too. The luxury hospitality group, Easton Porter Group, which manages Easton Events, also manages beautiful properties such as Pippin Hill Farm & Vineyards, Cannon Green, and Red Pump Kitchen, so you truly have the some of the best resources at hand.

Michelle Norwood
Understated elegance with a New Orleans personality is what event planner Michelle Norwood is known for. Unique, one-of-a-kind weddings and celebrations that feel personal are her speciality. Whether you’re looking to lead your guests to your black-tie reception in NOLA style at the front of a festive second line parade, after a rustic chic farmhouse vibe, or hoping for something in between, look no further…Michelle Norwood is your planner!

Rebecca Gardner
Rebecca Gardner may be an experienced wedding planner, but she hasn’t spent her entire career helping happy couples walk down the aisle. For years Gardner served as Savannah College of Art and Design’s director of creative initiatives. In other words, she’s long-since known her way around large-scale events, and has an eye for style.

Tara Guerard
Another Southern-based gem, Guerard operates out of Charleston, but has a second office located in New York. However, if you want to get a sense of Guerard’s style before you commit, take a look at one of her wedding planning books, as she’s published more than one.

Fait Accompli
Fait Accompli is a London-based event planning organization that was first founded in 1987. Today, the veteran company is known for its exquisite international events, as well as its loyal clientele. But who exactly are the firm’s two most famous previous clients? None other than Prince William and Kate Middleton, who selected Fait Accompli to plan their 2011 wedding. 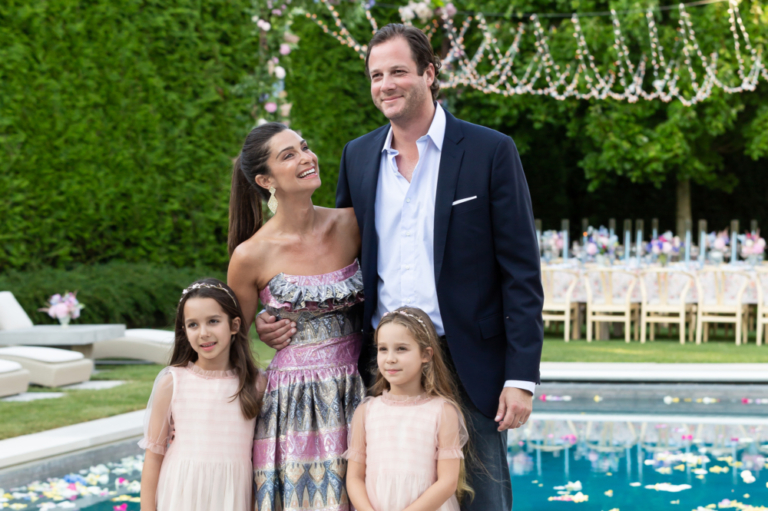 A Romantic 10-Year Anniversary Vow Renewal in the Hamptons 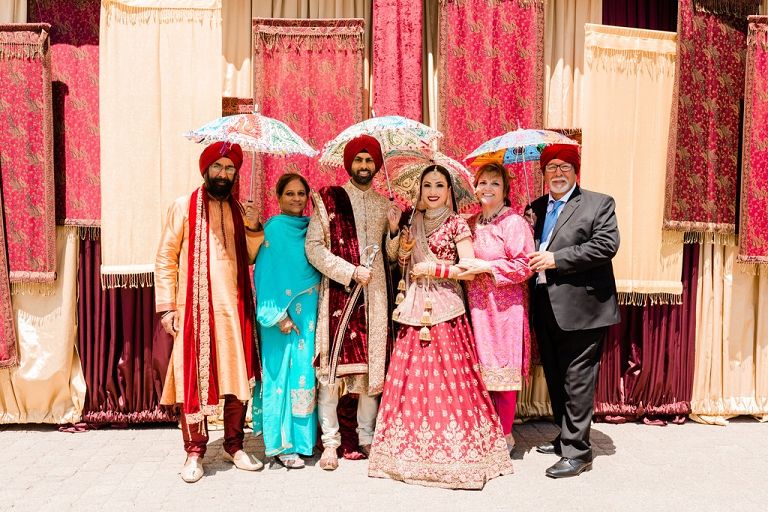 Mexican and Indian Cultures Blended at This Wedding in Lake Tahoe