Bare Beauty blogger, Jessica Foley Morse, and commercial real estate developer, Richard Morse, met on a blind date. “I was living and working in New York, and my best friend from high school, Lauren Clawson, (née Mirochna), had moved to Charleston and was dating one of Richard’s best friends, Sam Clawson,” explains Jessica. “She invited me down to celebrate New Year’s Eve, but explained that I needed a date to The Bachelor’s Society Ball that they were attending and that she and Sam would find me a suitable companion. It was Richard. We were both dreading the blind date, but within 48 hours we were head over heels in love. I guess they were on to something!”

The couple had a whirlwind courtship, visiting each other every other weekend for four months. “And then, Richard asked me to come to Charleston to live with him,” says Jessica. “We both knew it was crazy to move so fast, but when you know, you know. I’m not saying there wasn’t a serious learning curved involved—living in the South was a bit of a culture shock for me and living with a woman was a bit of a shock for Richard, but we learned as we went and were engaged a year later.”

Richard proposed soon after on Wadmalaw Island, just outside of Charleston. “We were attending the Rockville Regatta with about twenty close friends,” says Jessica. “At the end of the first race day, we went to ‘The Dance’ at the Sea Island Yacht Club. Richard asked me if I wanted to cool off outside, and we walked down to the water. All of a sudden, he was down on one knee. I was shocked. I’ll always remember that he asked: ‘Will you be my wife?’ Not: Will you marry me.’ It sounded so thoughtful, like he fully realized the commitment he was making. We returned to our friends, and everyone jumped in the pool, where we danced—yes, in the pool—until about 3:00 a.m.”

Richard’s mother gave him her mother’s diamond, and he and Jessica’s parents’ jeweler took it from there. “Every day, I look at it and admire it,” admits Jessica. “I never wish I had something different, and I don’t at all long for the day I can upgrade.”

The couple decided to get married in Charleston. “All I could think about were the glamorous parties that used to take place inside the historic homes,” remembers Jessica. “I wanted to re-create that somehow. We started looking at venues, but then Richard’s parents offered us their home, which was one of the last grand houses built in Charleston before the Civil War.”

Jessica is a self-proclaimed minimalist, but also a realist when it comes to event planning. “No one wants to see a minimalist wedding at a historic Southern home,” she says. “I tried to create a romantic atmosphere without making it look too whimsical. We used lots of lush tuberoses in all shades of pink and cream and hung lanterns from the trees. We invested in good event lighting, but we didn’t try to guild the lily—the property spoke for itself.”

Jessica’s dress was designed by Vera Wang. “I used to work with Vera Wang, and once Richard and I decided we were getting married in Charleston, a specific dress named ‘Zandra’ from 2006 popped into my head. It was romantic, feminine, and cut in my favorite silhouette. But, it was no longer in production. Luckily, I was able to buy the sample, which was basically untouched. I felt like I hit the jackpot—no one else will ever be seen in my wedding gown. How many people can say that?!”

When it came her hair and makeup, Jessica wanted to look glamorous, but not overdone. “I’m a long-haired person,” she explains. “I don’t feel like myself unless I’m wearing it down. In the Charleston humidity that wasn’t an option though, so we decided on a half-up style. And, it’s amazing what false eyelashes can do—I think every bride should wear them on her wedding day!”

After a traditional Episcopal ceremony at St. Michael’s Church on Meeting Street, guests were led by the Burke High School marching band around the corner to Richard’s parent’s home on Legare Street. “Richard is a big music lover,” says Jessica. “So he took the reigns and asked me if I would mind if he hired a small junket band to lead us from the church to the reception at his parent’s house. After we recessed from the church, we were instead greeted by the entire Burke High School marching band. They are a legendary, award-winning local marching band. My jaw literally fell to the floor. It was such a fun surprise, and their talent and enthusiasm really set the tone for the evening.”

Once at the house, guests were greeted by signature John Daily cocktails made with Firefly vodka. “We really wanted our guests to eat well and have fun,” says Jessica. Richard’s mother is old friends with Pat Patrick of The Pat Patrick Band, so he kindly adhered to Richard’s strict do-not-play-list. He played with at least twelve other members, including a full horn section, and brought down the house. “I don’t think I ever made it off the dance floor,” remembers Jessica. “Not even for a bathroom break!”

After the reception, the younger crowd headed around the corner to Richard’s aunt and uncle’s house. “No one in Charleston gives a better party than Melinda and Chip Laurens,” explains Jessica. “Their parties are at once sophisticated and wild, and they are known for their themes. For our after-party, they removed every piece of furniture from the first floor of their house and turned it into Studio 54, complete with bartenders, a DJ, and a disco ball, and they handed out props like seventies style wigs and sunglasses. They transformed their backyard into a New York City diner—there were even diner booths and cigarette machines. It was so nice to get out of my wedding gown and cut loose; it will always be a favorite memory of mine.” The couple danced until 5:00 a.m. before hitching a ride home and passing out. “It may not sound romantic to some people,” says Jessica. “But we wanted to have as much fun with our friends and family as we could fit in.” Mission: accomplished. Ashley Miles’s Wedding at the New Orleans Museum of Art 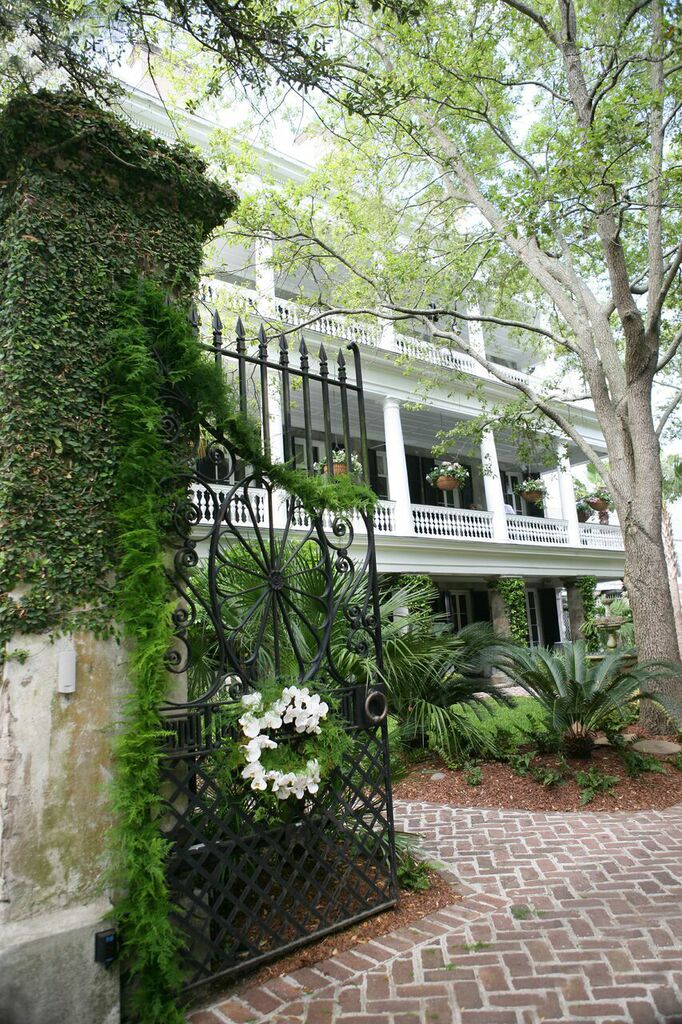 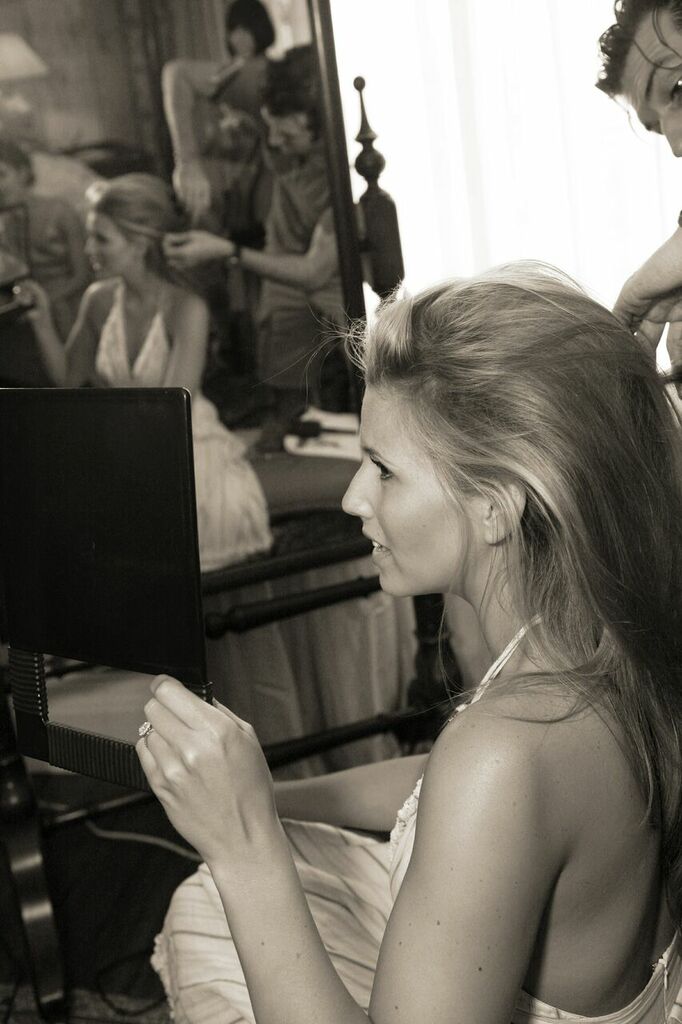 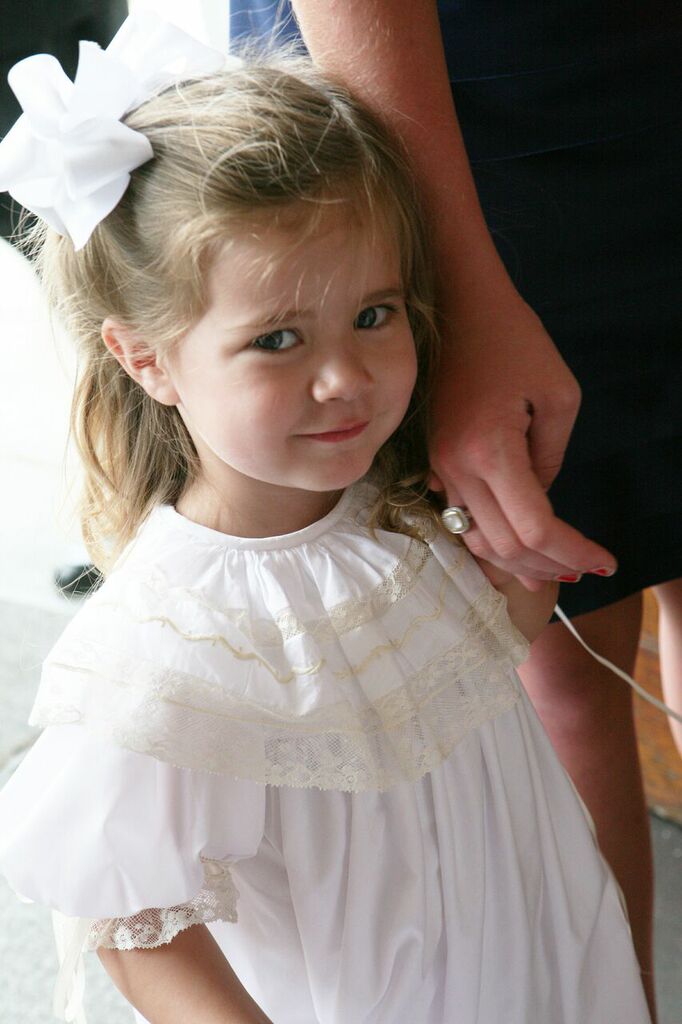 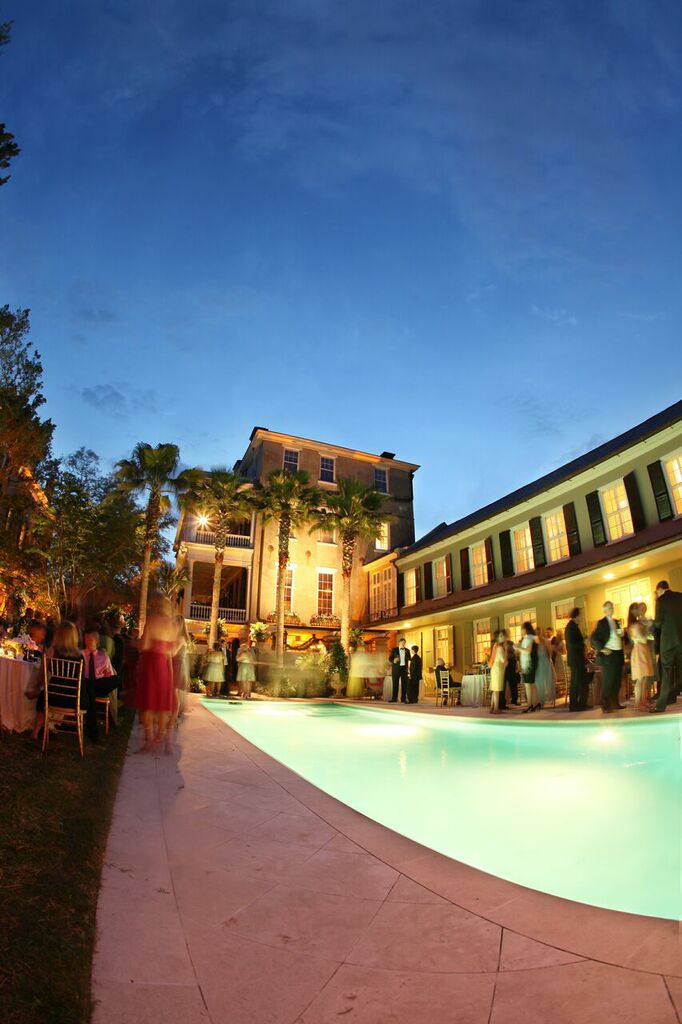 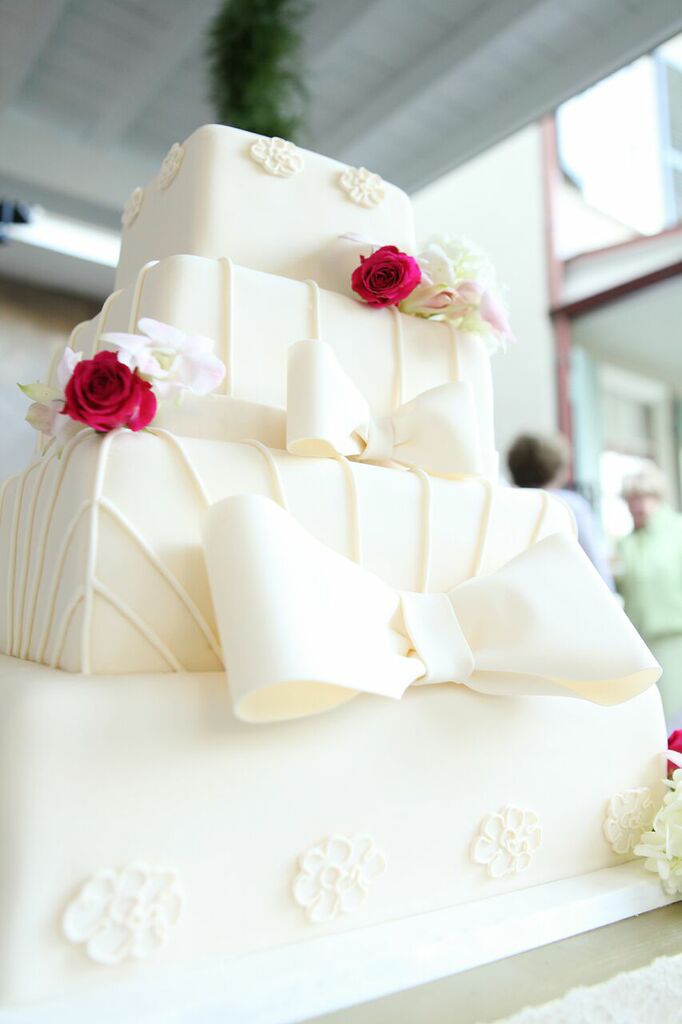