As we mourn the loss of Her Majesty Queen Elizabeth II and ponder the future of the British monarchy, we find comfort—along with many Brits—in a good cup of tea. Collectively, the British drink about 100 million cups of tea per day, according to the UK Tea and Infusion Association. The Queen had a cup of breakfast tea and the traditional afternoon tea every day, no matter where she was in the world—and even indulged in sharing a brew with Paddington Bear earlier this year. “The Queen loved afternoon tea, I would say it’s probably one of her favorite meals,” former Royal chef Darren McGrady tells U.K. coffee company Coffee Friend. The midday sitting is an artful tradition that brings comfort and elegance that we aspire to.

To set the table for an afternoon brew, we turn to a favorite china brand of the English Royals. Wedgwood pottery has long been favored by the world’s nobility. Queen Charlotte was the first royal to order from Wedgwood. She was so pleased with founder Josiah Wedgwood’s cream-colored earthenware that he was granted permission to style himself as “Potter to Her Majesty” and call his innovative Creamware “Queens Ware.” Fast-forward to more than a century later, and, in 1995, Wedgwood was granted the Royal Warrant by Her Majesty Queen Elizabeth II, which recognizes that the company had supplied goods to the Royal Households for more than five years.

For Queen Elizabeth II’s afternoon tea, there had to be two sandwiches on the menu and the scones (plain and fruit) had to alternate flavors each day. “It was really important the way they alternated. So much so, that the chefs at Buckingham Palace would ring Windsor Castle on a Monday morning and ask what flavor scones the Queen had the day before, just to be sure we didn’t serve the same. I’m not sure what would have happened if we did, but we always checked,” McGrady says.

The chefs choose the sandwiches served, and the decision varied on the setting. “Take Balmoral for instance, we’d have so much salmon coming in, we’d have that fresh salmon and make a beautiful salmon salad or put that into the sandwiches,” McGrady says.

The complete daily afternoon tea menu was found in the bottom lefthand corner in her red leather bound book, called a Menu Royale. There also had to be small cakes—anything delectable from a mini chocolate eclair to a Queen’s cake—and large cakes, which were called “a cut of cake,” so Her Majesty could take a slice for herself. The larger confections ranged from honey and cream sponge cake to fruit cake and gingerbread. One of her favorites was chocolate biscuit cake.

For the final—and most important part—Twinings Earl Grey tea was served—and it has to be hot. “Tea has to be absolute boiling water poured over the top of it,” McGrady instructs. “It has to steep for five minutes; that is the most important part. It’s really, really important when making tea is that it’s made in a teapot—that is a real cup of tea.” She also, unsurprisingly, preferred her tea prepared in a more traditional manner with tea leaves in a teapot and poured in fine bone china—like a Wedgwood teacup. And never add the milk before the tea, according to her head butler, Grant Harold. Queen Elizabeth II also took her cups without sugar—with all those delicious cakes around, it makes sense.

“If she had say Prince William coming for afternoon tea, she knew her grandson loved chocolate biscuit cake, so she’d write that in and put a number two. That told us there were two for tea,” McGrady shares. And interesting fact: Princess Diana never had an afternoon tea ritual. “She’d have a cup of tea but drank coffee for the most part.”

One thing that surprised the former Royal chef was the Queen’s modest palette. “I thought every day would be smoked salmon, foie gras, caviar, but no. The Queen is very very frugal, and it’s simple and plain foods,” McGrady reveals. “That comes from her early years of growing up during the war.” 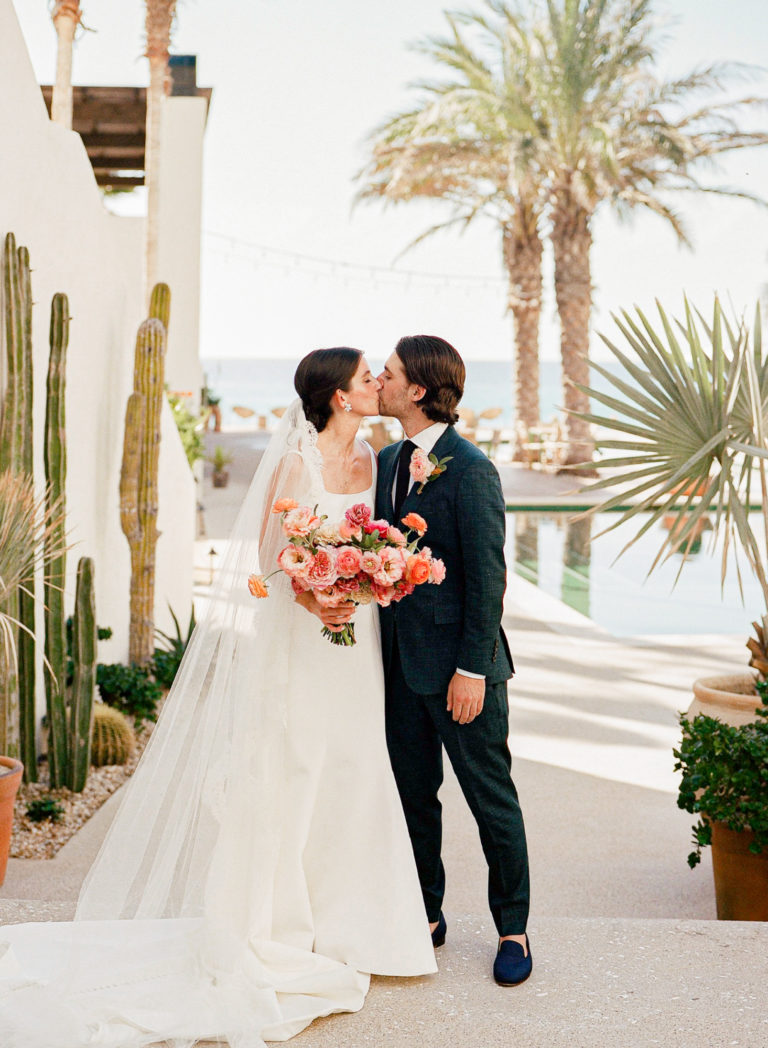