Robeyda Vargas, who postponed her November wedding at Cardedeu in El Salvador, is sharing how she and her fiancé, Manuel Antonio Guevara, made the final call and some of their gorgeous engagement shoot photos.

Robeyda, who works in finance and is currently obtaining her MBA at Rutgers, and Manuel, an attorney, met through a mutual friend at a birthday party. “After beating him in a game of badminton, we shared some drinks, conversation, and then, our phone numbers,” she says. “Our first actual date was on his birthday, a few days later—by the way, he still claims he let me win.” After eight-and-a-half years together, through most of Manuel’s law school days, he proposed in 2019 by the Hudson River with the Manhattan skyline in the background.

Since Robeyda was born in the Dominican Republic and Manuel is strongly connected with his Salvadoran roots, they were happy to host their wedding in either country. Ultimately, they were drawn to a venue near Lago de Coatepeque, a crater lake formed by a volcanic eruption approximately 60,000 years ago, in El Salvador. After several months of long-distance planning with Fabiola Gill de Saca, they traveled down to finalize key details in person, exactly one year out from their original November 20th date.

During that trip, they also set up a stunning engagement photo shoot at Lago de Coatepeque with Adriana Rivera Miranda—“I fell in love with her work before knowing that she is a Salvadoran photographer,” Robeyda says. The bride-to-be wore a linen Zimmermann dress that had sleeves similar to the ones on her mother’s wedding dress and a minimal necklace that her mother had gifted her before she passed. Manuel wore a navy linen suit with a white dress shirt—a special thank you to their tailor, Anthony Turner, for ensuring they looked their best.

Months after the shoot, in early spring, as the pandemic set in, “our minds quickly shifted from flowers and linens, to the dire reality affecting our family, friends, and the world at large,” Robeyda explains. They first announced the shift in plans in March and then a second time in May. Their new wedding date is November 20th of 2021. “Our personalized emails detailing the reasons for postponement were well received,” Robeyda says. “The outpour of love and support solidified that we had made the right decision.” 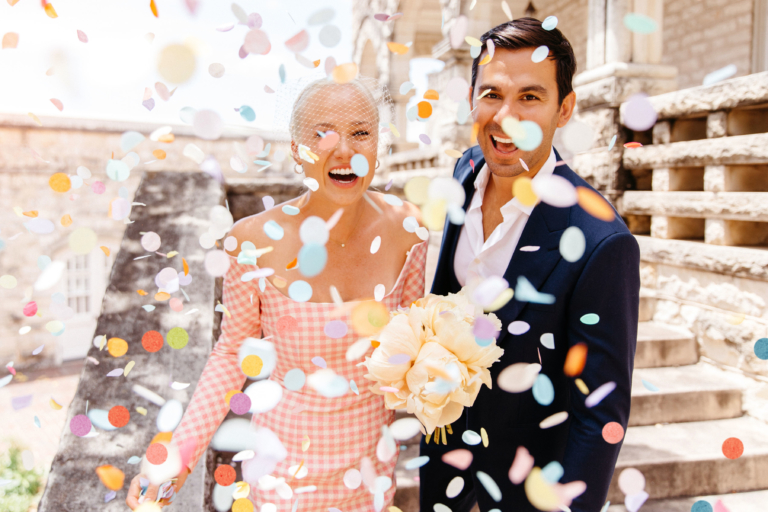