Designer, artist, author, actress, railroad company heiress, and socialite Gloria Laura Vanderbilt has passed away at the age of 95 from stomach cancer, diagnosed earlier this month. Her son Anderson Cooper narrated an on-air eulogy, Monday morning on CNN. “She was a painter, a writer and designer but also a remarkable mother, wife, and friend. She was 95 years old, but ask anyone close to her, and they’d tell you: She was the youngest person they knew—the coolest and most modern,” Cooper says. The fashion icon was on Instagram for goodness’ sake!

To celebrate her full and extraordinary life—and because we’re a wedding website—we’ve taken a look back at all four times she said “I do.” They obviously didn’t in any way define her, but they were, in most cases, moments where her fashion forwardness and seemingly eternal belief in romance were very much on display, and for those reasons, we’re celebrating them with a look back.

At age 17, Vanderbilt married Pat DiCicco, the press secretary of Howard Hughes, in December of 1941. They wed in a California ceremony, and she wore a long-sleeve dress by Howard Greer and Vanderbilt pearls. (Fun fact: the train on her gown was more than 30-feet long and the cake topper wore a replica of her dress!) They met in Beverly Hills, while she was trying to get out from under her aunt’s control. (For those who don’t know, the custody battle between her aunt and her mother was the trial of the century and ultimately lead to the papers dubbing her the “Poor Little Rich Girl.”) Vanderbilt later said that her traumatic childhood led her on a “restless search for love.”

When describing Pat DiCicco, she told the The Telegraph, “I just thought he was terrific. I was crazy about him, and would have married him in a minute. But then,” she said, “I would have married anybody in a minute because I wanted to get out.” After the wedding, DiCicco’s abusive tendencies started to show, and they finalized their divorce in 1945.

A few weeks after her divorce to DiCicco, Vanderbilt married famed conductor Leopold Stokowski in a ceremony in Mexicali, Mexico. At the time of their marriage, she was 20 and he was 62. The age difference didn’t matter to her. “I knew him for a week and married three weeks later,” she told her son, Anderson. The couple had two sons: Stan and Christopher. After a brief relationship with Frank Sinatra, while she was still married, Vanderbilt divorced Stokowski in 1955.

In the mid-1950s, after her divorce to Stokowski, Vanderbilt married film director Sidney Lumet. They wed in a New York ceremony in August of 1956, where she wore a beige gown made out of French linen dating back to 1830. Yes, to up-cycling! The couple lasted seven years and remained life-long friends.

Often recognized as the love of her life, Vanderbilt married Cooper, a writer and magazine editor from the south, in 1964, and they had two sons: Carter and Anderson. She told The Telegraph that they’d still be married if it wasn’t for his death in 1978 during open heart surgery. “We had the family life that I’d always wanted,” Vanderbilt said. “He made me understand what it would have been like to have had a father–he was a most amazing father. I’d never experienced anything like it.” He was 50 years old when he passed.

Vanderbilt led a life filled with drama and glamour. She found many creative outlets including art, modeling, and fashion. Her fashion and textile designs earned her the 1969 Neiman Marcus Fashion Award, and she released a ready-to-wear line in 1970. She sold millions of pairs of jeans, and despite suffering from immense heartbreak throughout her life, she was always the picture of style and grace. Rest in peace, Gloria Vanderbilt. A Guide to Weekend in Charlottesville 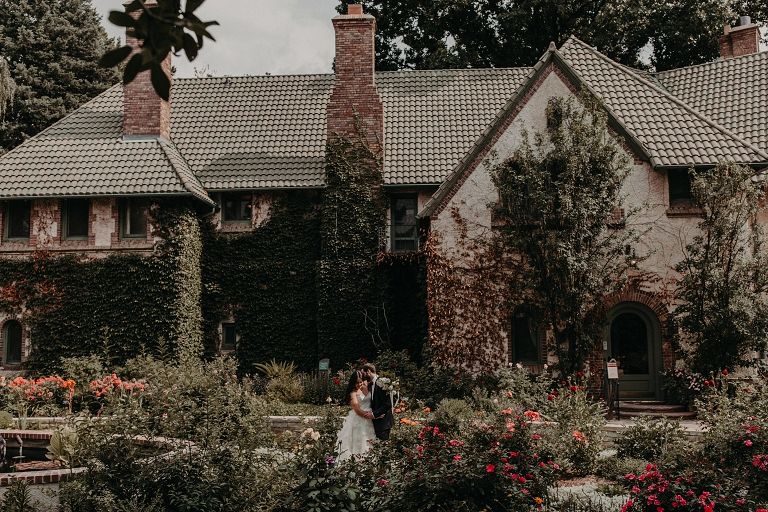 An Intimate Wedding Held at a Vintage Solarium in Denver

The Bride Wore Markarian, Brock Collection, and Reem Acra During Her Summer Wedding Weekend in Yountville