Your wedding day is likely the most planned event you will ever work on—so of course, you want everything to be as perfect as possible, just like you always imagined. What happens when that’s not the case? Your venue wasn’t exactly as described, your hair isn’t quite right, or instead of helping, your wedding planner actually ends up making the day harder? No biggie, one little mishap shouldn’t get in the way of celebrating the happiest day of your life, right? But then what happens when everything goes wrong? We went to a wedding a few years ago for a very dear friend, and we swear, as a guest, we had no idea what was going on behind the scenes and how bad the day was for the bride until discussing it with her years later. She agreed to share her story and detail some of the many things that went wrong—not to scare future brides—but so that those who have a similar experience know that they’re not alone. Bridezilla. The label that so many women work hard not to have on their wedding day. The label that calls to mind images from a TLC show of a bride ripping out her perfectly coiffed hair or attacking her wedding planner. The label that so many women laugh at and declare, “That’s so not me. I’m an easy bride.” But as I looked in the mirror on my wedding day at my tight Texas curls and my mud-soaked Monique Lhuillier gown, I could feel the bridezilla inside me rearing her ugly head. The more things went wrong, the less I felt like the “breezy bride” I thought I should be and the more I felt like one of those women I once mocked. It seems like every possible thing went wrong during our wedding, but instead of writing a 20-page volume I’ll just review some highlights (lowlights?)—again, not to freak anyone out, but so that those who had a similar experience can take some comfort in knowing they’re not alone, and hopefully, glean a little something from what I’ve realized in the years since it all went down. It rained. We had planned an outdoor ceremony and to have our reception in the barn next door. As I was on my way to the venue, I received a frantic call from my wedding planner saying that we would need to get married in the barn. To be honest, I didn’t think this was that big of a deal, as it had been the rain plan all along. Unfortunately, the wedding planner couldn’t seem to handle the stress of the change in plans, and I arrived at the venue to hear that we would probably start an hour late since she “needed to reorganize all the seating.” When the ceremony finally started I didn’t have an aisle to walk down, the beautiful archway my husband built me as part of my wedding gift was left out in the rain, and for reasons that are still unclear, my sister didn’t sing as I walked down the aisle. I think it had something to do with the new location of the sound equipment in the barn. The wedding planner told me she didn’t want my sister walking down the “aisle” (shuffling through farm tables) after me. I assured the wedding planner multiple times that my sister could walk down the aisle with me for all I cared, but she sternly told me she could either sing or be my maid of honor, not both. At this point, the wedding planner was in a full sweat and looked like she was one sentence away from a heart attack, so I decided to not have my sister sing. She ended up fainting during our photos immediately after the ceremony, so it might have been for the best anyways.

Overall wedding planner disaster. As you can probably tell, my wedding planner was a real treat to work with. While she was incredibly kind and helpful during the planning process, I don’t think she was prepared to handle all of the issues we faced on the big day. Instead of simply taking care of it, she was more stressed than I was. She called me incessantly the day of, and during the reception, literally handed me a box of signs and decorations and said “I didn’t have time to do this.” She also misplaced all of the cards we received that night. I am almost positive that we ended up tracking them all down, but if you never received a thank you note from me, now you know why (and I am SO SORRY!). Hair. I had done a trial for my hair the week before the wedding, and it looked beautiful. I hired the same team of stylists to come to my parents’ house the morning of the wedding. A few people from the wedding party initially said they did not want to get their make-up done, but the morning of they changed their minds. This made it so that I was getting my make-up done late, and in order to stay as close to the schedule as possible, I had to get my hair and make-up done at the same time. This obviously was not an ideal set-up for the stylist because with my make-up artist in front, she didn’t have a mirror or the full range of space to work with. Also, I couldn’t see my hair while she was doing it. When she was done, rather than have the beautiful beachy waves from the day of my trial, I had what can only be described as bad prom hair. Now, my hair is a frizzy disaster to begin with, so I’m telling you Southern beauty-queen-wannabe is not a look I can pull off. When I mentioned to her that this was a totally different hairstyle than we had decided on the week before she told me “I like this better.” She also proceeded to tell me that if she spent any time re-doing it, I would be late for the wedding (wish I had known then that we would end up starting over an hour late!). I told one of my bridesmaids to pack a straightener and curling wand, and I ended up re-doing my hair myself once we got to the venue. I guess it looked fine, but it looked the same it does every other day of my life since I really only know how to style my hair one way. On your wedding day, you want to look like the very best version of yourself, not like you’re headed out for your Tuesday Target run.

My mother fell. This was by far the most awful and really the only thing that actually mattered. My mom had an unexpected back surgery a few weeks before the wedding, and she was still not quite up to full speed on the big day. As we were rushing to the venue, she slipped on the porch steps that were wet from all the rain and fell down the stairs. She kept insisting she was ok, but I knew she was really hurt (she ended up needing a second surgery after the wedding). At this point, I burst into tears. 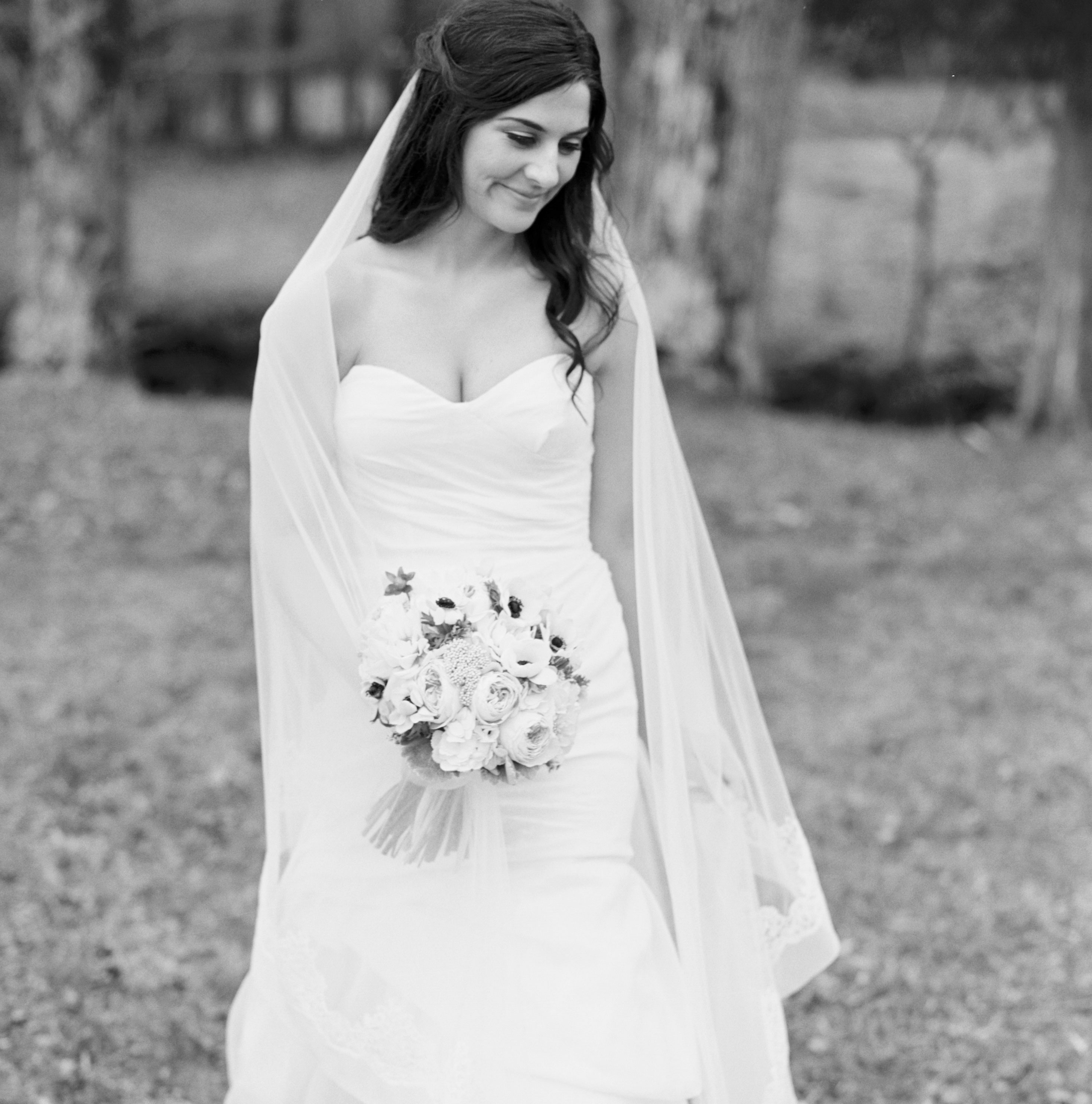 My dress got ruined. Due to all the rain, the bottom of my beautiful Monique Lhuillier gown was soaked in mud. I took it to a local dry cleaner that claimed to specialize in cleaning wedding gowns, and when I got it back, the silk organza dress was shriveled into a material that resembled old crinkled tissue paper. It seemed like a fitting end to my entire wedding experience.

Three years have gone by since I got married, and I’ve spent a lot of time reflecting on what went wrong and why. I think part of me was so intimidated by the “bridezilla” label that I was nervous to ask for exactly what I wanted throughout the planning process and on the day of. I so desperately wanted to be the cool, relaxed bride that laughed with her husband as we got soaked in the rain, but that just isn’t me. Real talk—it sucks when it rains on your wedding day. It sucks to feel like the day you spent so much effort planning didn’t work out at all. It sucks to look through your photos and still have a small internal scream about how bad your hair looks. Everyone says no matter what goes wrong on your wedding day you won’t even remember and you’ll be so happy and blah blah blah, but I think there is definitely a more realistic balance than that. Yes, some things are out of your control, and it won’t help to attack your wedding planner mid-reception. At the same time though, in this age of picture-perfect weddings, it’s ok to feel a little let down by your less than spectacular day. Of course I was disappointed that my wedding wasn’t the fairytale I had always imagined. Even writing this makes me want to kick myself for not doing things differently. Ultimately though, as cliché as it sounds, even though almost everything went unbelievably wrong, the most important thing went really, really right. I gained the world’s most wonderful partner, and I got to marry my best friend surrounded by all the people that we love. I’m still not breezy enough to say that that’s the only thing that matters (because hellooo I still want to cry thinking about how my wedding gown is in a garbage dump somewhere), but I am incredibly grateful for that day. In spite of being a total disaster, it was the beginning of a fulfilling marriage with the best husband/man/friend/father around, so I guess I got my fairytale after all. 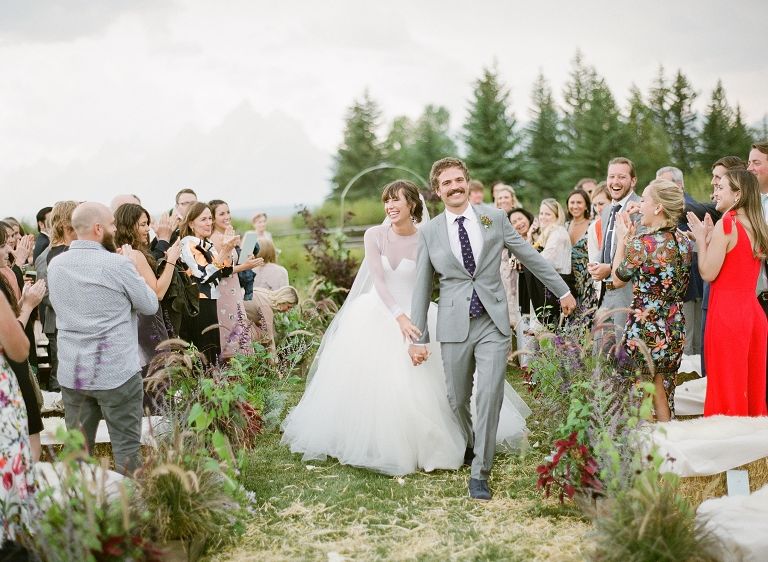 Happy Anniversary Prince William and Kate Middleton! A Look Back at the Duchess of Cambridge’s Iconic Wedding Dress