On February 15th, Caroline Lee Radziwill, the former princess, socialite, and younger sister of Jackie Kennedy Onassis, passed away at 85 years old. On Monday, loved ones paid tribute to her at an invitation-only Catholic funeral service at St. Thomas More’s Church in New York.

As the world remembers Radziwill, it is key to keep in mind that she was much more than Jackie O’s younger sibling. (For some, this is a hard task to do. We’re looking at you, Robert D. McFadden? cc: NYT.) She was considered one of the most elegant women in the world and inspired many with her aesthetic choices, both in fashion and interiors. And while her sister managed to nab a future American president, Lee eventually got hitched to a European prince—not too shabby, either. Here, we look back at her life and (because we’re a wedding website, not the NYT) all three of Lee Radziwill’s marriages. Lee’s first marriage took place on April 18, 1953 to publishing executive Michael Temple Canfield. The ceremony was at Lee’s stepfather’s estate in Merrywood, and her father, Jack Bouvier, gave her away. She tied the knot at just 20 years old, five months before Jackie married John F. Kennedy. Once married, the newlyweds moved to London.

Of her first husband, Lee told T Magazine, “I was very young when we met, and he was so good-looking and clever. I wanted so badly to get away from my mother, and he seemed to offer everything . . . looks, privilege, friends, fun. His father was chairman of Harper & Brothers, so he led a very literary life and was a brilliant editor. I was deliriously happy for a while, moving to London, our house in Chester Square . . . but . . . he drank seriously. He was very fragile. One day I couldn’t open the front door, he was slumped, out cold, inside. He tried to stop, but nothing worked for any time. He said I was so in tune with life and he wasn’t any longer.” The two parted ways when Lee met and fell in love with Polish-Lithuanian Prince Stanislaw Radziwill. The Kennedys and Lee had to plead to the Vatican and the Pope for the annulment of her marriage to Canfield so that she could wed Radziwill. They finally succeeded, and on March 19, 1959, Lee married her prince. They moved into a house very near Buckingham Palace—royalty attracts royalty?—and the couple had two children together, Anthony and Christina. According to rumors, the marriage started falling apart because of Prince Stanislaw’s multiple affairs, Lee’s burgeoning relationship with Greek shipping billionaire (and later future brother-in-law) Aristotle Onassis, and her affair with photographer Peter Beard. They eventually divorced in 1974.

“Being married to Stas was certainly the happiest part of my life, so he must have been the love of my life: there were other infatuations, other loves even, but never the joy or knowledge of life and living that I experienced with Stas,” Lee told T Magazine.

In 1988, Lee married filmmaker Herbert Ross, who directed classics such as The Goodbye Girl, Steel Magnolias, and Play It Again, Sam. The celebration took place in her Fifth Avenue apartment and included an intimate dinner post-ceremony at Jackie Kennedy’s home in New York. However, the marriage was short-lived as they later divorced in 2001.

On her third and final husband, Lee said to T, “He was certainly different from anybody else I’d been involved with, and the film world sounded exciting. Well, it wasn’t. I hated Hollywood, and the provincialism of the industry.”

Lee’s acting career kicked off with a 1967 stage production of The Philadelphia Story in Chicago. Yves Saint Laurent provided the costumes. She played Tracy Lord, the role made famous by Katherine Hepburn. The next year, she starred in Truman Capote’s adaptation of the suspense novel by Vera Caspary called Laura.

Her enduring sense of style and relationship with fashion and interiors is what’s most often referenced though. Lee was the assistant to Harper’s Bazaar editor Diana Vreeland, a brand ambassador and a P.R. executive for Giorgio Armani, as well as in charge of the American fashion pavilion at the 1958 World’s Far. In 1976, she started her interior design career and opened Lee Radziwill Inc. Although she had no traditional training, she did well in her craft. Her first big client was Americana Hotels, where she designed private suites. The president of the company had visited her apartment after seeing it in Architectural Digest and was impressed. She also decorated model rooms at Lord & Taylor. Unprofessionally, Lee had a history of decorating homes as early as when she was 17, and she always had a big hand in designing her own living spaces. Her London townhouse and English country house were two of the most widely published private residences of the ’60s. Even in her later years, her homes were being featured in interior design and architecture magazines.

To this day, she remains an inspiration for elegance. 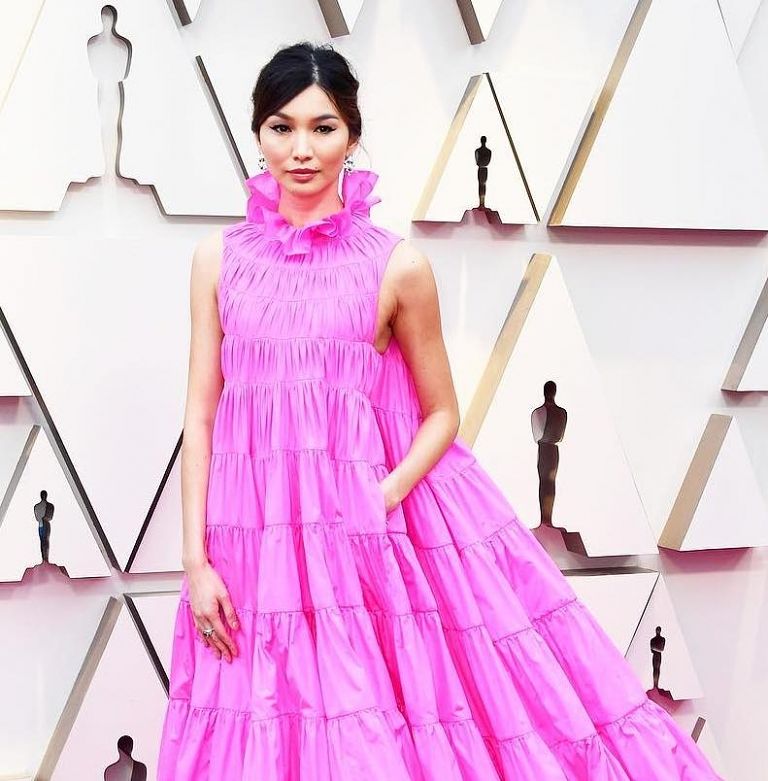 Our Top 10 Favorite Dresses from the 2019 Oscars